Canada is a beautiful nation notable for its grandeur landscape bound by interminable lines of trees with a mysterious depth. Canadian culture is such that it has always embraced diversity. There are 10 provinces and 3 territories in the country over an area of 89 lakh square kilometres, making it the second largest country in the world. Multicultural society has over five lakh international students residing there who were welcomed with open arms and care. The country has 97 reputed universities offering a variety of courses.

3 territories of Canada are:

Canadian provinces receive their power and authority from the Constitution Act, of 1867. Territorial governments of Canada, on the other hand, are creatures of the statute with powers delegated to them by the Canadian Parliament.

Popular cities of the country are Vancouver, Halifax, Montreal, Toronto, Calgary, and Winnipeg.

Ontario and Quebec form the industrial centre of Canada where they made a variety of manufactured goods.

As a nation, with resources in education and communication, Canada is also a world leader in Aerospace, Pharmaceuticals, Telecommunication and Biotechnology.

Why study in Canada?

Why live in Canada?

The Canadian government gives a lot of importance to the education system and research. Institutions have a lot of demand internationally due to the top-notch public education funded and administered by federal, provincial, and local governments.

The public education system's curriculum and jurisdiction are overseen by each province. You can see variations in the educational systems of each province in terms of the type of programs offered, minimum and maximum age requirements, and all.

Bachelor of Applied Arts in Journalism

Master of Science in Cybersecurity 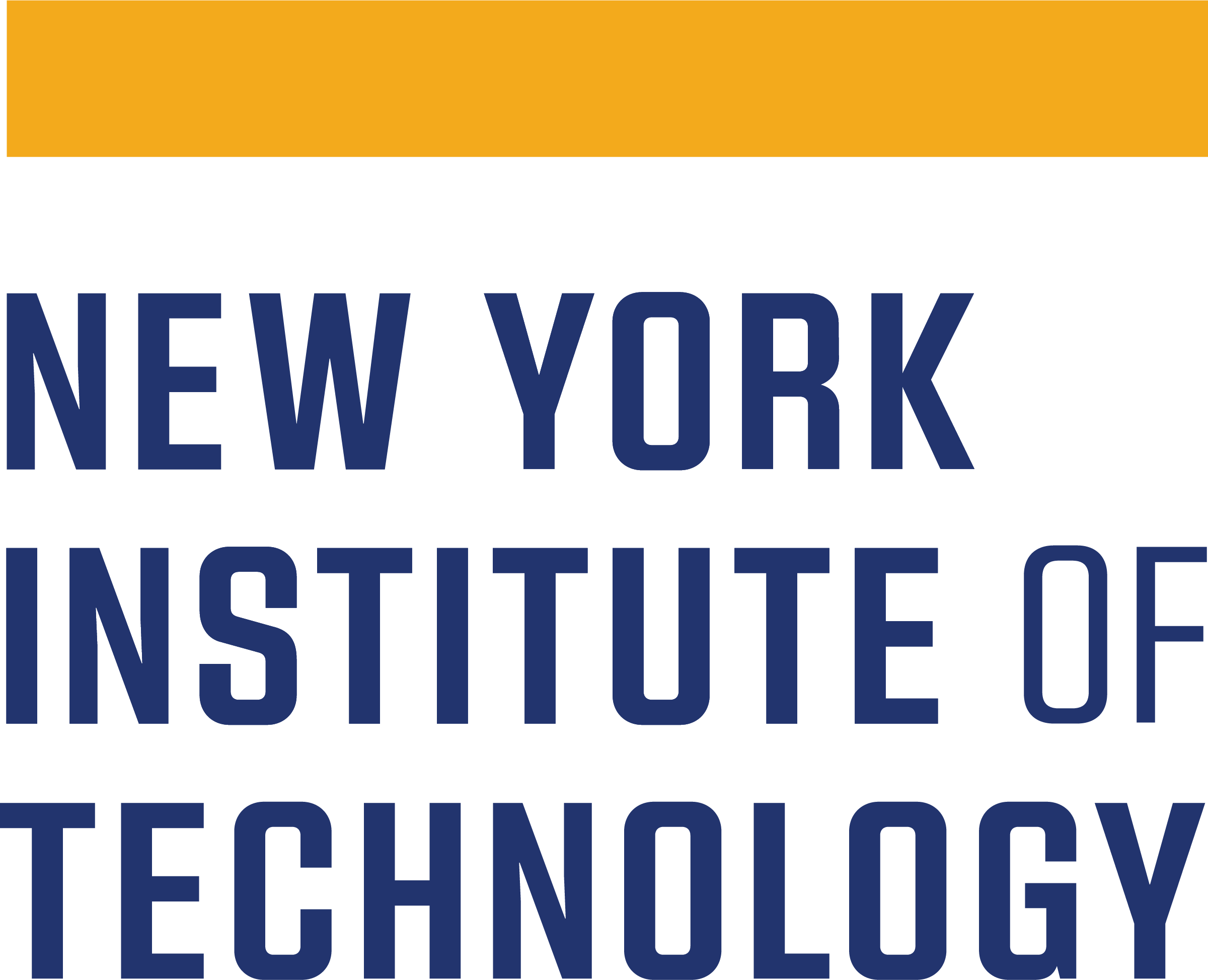 University of the West of Scotland

The University of Northampton What To Know About Intakes Available In Canada

Intakes are also referred to as semesters. Canadian colleges and universities offer three intakes, unlike Indian universities where there is only a single intake. There are three main intakes: September, January, and May.

Fall: The Fall intake starts in the month of September, and this is a time that is popular amongst the Indian students.

Winter: The winter intake starts in the month of January. People who have missed the September or Fall intake can avail this.

Summer: Summer intake usually starts around April and May. It is available for limited programs and colleges.

However, the students should know that these Universities may practice flexible deadlines within these intakes. Those who seek admissions should do the needed research about specific university's dates and deadlines before applying!

Cost to study in CANADA

General requirements to get admission

Required criteria to study in Canada

To study in Canada, it is imperative for the students to follow these requirements.

Students should ensure the following while studying in Canada

Foreign students who have completed their studies and graduated from a Canadian post-secondary institution are eligible for a post-graduation work permit (PGWP). This will help the student gain work experience and exposure in Canadian industries.

Due to the COVID-19 pandemic, some of the conditions have changed for foreign students. If you belong to a country that is facing travel restrictions, then they might not be able to come to Canada. Immigration, Refugees, and Citizenship Canada have introduced certain changes to the eligibility rules for this programme.

PGWP length depends on the course and its duration. The maximum length of the PGWP in Canada is three years and it makes it easier for students pursuing their post-graduation (PG). PG work permit cannot be valid for longer than the study program in the country.

Advantages of getting PGWP include:

Foreign students should follow these requirements to be eligible for PGWP

Students won't be eligible for PGWP if the course duration is longer than 8 months but less than 2 years. If a student has selected more than one programme then they may be able to get a PSW that combines the length of both the programmes.

Important changes made by Immigration, Refugees, and Citizenship Canada: International students can study online from abroad until April 30, 2021. No time will be deducted from their PGWP if they completed 50% of their program of study in the country.

When it comes to those programmes with a duration length of 8 to 12 months, starting from May to September 2020, they can complete their entire program online from abroad.

Indian students can get their visas to study in Canada through SDS. Immigration, Refugee, and Citizenship Canada launched the SDS which allows students from India to avail their visa in 4-6 weeks, unlike the usual timing which takes 2-3 months. Apart from the timing, another advantage of SDS is that it is a perfectly streamlined process that will require minimum financial documentation.

Scholarships in Canada are very limited when compared to countries like the USA, UK or Australia. It is very competitive and is mostly offered by the universities without any separate application, based on the eligibility benchmarks.

Sometimes, there are separate tests for scholarship tests that students will have to qualify for. They are offered either at the entry level or in some cases, the students are supposed to prove their excellence in academics in their subsequent years of education.

Eligibility for scholarships is judged based on:

In some cases, extracurricular activities, and volunteering can also be used to advantage while trying to get the scholarship. People are expected to start with the procedure about 8-12 months before the intake begins.

Students are assisted by the universities as well as colleges to get job placements. Students are trained on how to sit for job interviews and prepare a curriculum vitae (CV) accordingly.

Most of the Canadian institutions have a training and placement centre meant for assisting the students. Job fairs are conducted, and a lot of companies (local or otherwise) participate in this job fair. Students who have enrolled in a co-op program will get placed in their respective companies.

Sources of finances to study in Canada

It is crucial for students to show their financial sources and proof of secure funds to study in the country. Sources of finances that are usually seen in the country include:

Students can get student loans from banks approved by the Canadian government and recognised by the educational institutions. Repayment of these loans commences upto one year after graduation or 6 months after getting a secure job. Period for repayment also varies depending upon the amount withdrawn from the bank. Usually, student loan repayments take up to 15 years or more.

A Guaranteed Investment Certificate or GIC is a Canadian investment that has a guaranteed rate of return.

If you want to study in Canada, you should open a Canadian bank account online with any of the approved banks.

Bank holds your GIC in a student account or an investment account, after it has been created. Bank will confirm your GIC by giving:

You’ll be able to access information in that bank only when you arrive in Canada. After arriving in Canada, once you confirm your identity, the bank releases your funds. You can take an initial lump sum amount on arrival. Rest of the funds are distributed monthly or bi-monthly over a period of 10-12 months.

GIC will help in securing funds that are required to cover living expenses in Canada for a year. Under the Student Direct Stream (SDS) students will require approximately CAD$ 10,000 per year, according to Immigration Refugee Citizenship Canada (IRCC) guidelines.

Students will have to show proof of availability of funds to cover living expenses of the first year in Canada. While SDS students should get GIC, non-SDS students can show an Education Loan from an Approved Bank.

If the student has a sponsor or other alternate sources of funds, then the bank statements with the transaction history of at least 3 months should be shown.

Duolingo English test is not an acceptable test for English language proficiency.

CAQ is a certificate issued to foreign students whose program in Québec lasts more than six months. International students should be authorised to study by the ministère de l'Immigration, de la Diversité et de l'Inclusion (MIDI).

Students who look forward to studying in any of the colleges located in Québec must apply for a CAQ and then for a Visa. It is applied through online and time to receive the same is 5 - 7 weeks. Application fee for the CAQ is CAD 117.

Apply for CAQ through this link:

Documents required to apply for CAQ:

Students who are applying for a visa to study in Canada must get a medical certificate from a Designated Medical Practitioner. Designated Medical Practitioner cannot be a personal physician or be related to the student. Canada has become extra cautious amidst the COVID-19 pandemic. Students above 18 years of age should provide a vaccination certificate.

It is compulsory to complete a medical examination prior to submission of the visa application when it comes to SDS.

For non-SDS category, it is advised to complete the medical examination process in advance to fasten the visa processing time.